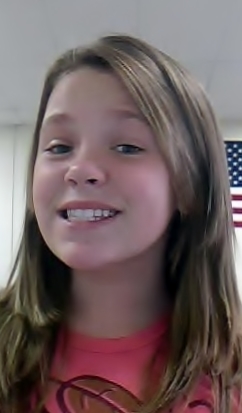 (VNO) — Eight years later, the father of a kidnapped/murdered Texas teen cannot understand how child pornography was linked to the prime suspect, but no arrest was ever made.

“I guarantee if they had found that crap on my computer or cell phone, I would be rotting in a prison cell”, Clint Dunn said. “But Shawn Adkins was never arrested”.

Dunn’s 13-year-old daughter, Hailey, disappeared sometime between Sunday, December 26, 2010, and the time she was reported missing by her mother on Tuesday, December 28, 2010. After a two-and-a-half year search, his daughter’s remains were located 30 miles away, at the edge of Lake J.B. Thomas. Although no arrests have been made, authorities zeroed in on the mother’s boyfriend, Shawn Adkins, as the prime suspect almost immediately.

Additional child pornagraphy images were also found on a computer at the home of Adkins’ mother and step-father in neighboring Big Spring. “But Shawn’s step-dad went to the police station screaming to have his computer back, and some rookie reject cop gave it to him. I know someone inside law enforcement is helping to cover this up”.

“And there’s more”, Dunn continued. “A Colorado City police officer told me there was bestiality going on inside that house. It’s sickening”.

Clint Dunn believes his daughter was attacked — either by Adkins himself — or his ex-wife, while Adkins assisted. “They’re both involved”, Dunn said. “That’s not even up for discussion anymore. They’ve both lied, they’ve both failed polygraph tests, and they had some really sick ‘hobbies’ that I learned about too late”.

Those ‘hobbies’ included reading True Crime stories about mass murderers, child killers, and serial rapists. “There was also witchcraft going on”, Dunn said. No wonder they killed Hailey. She probably threatened to tell me, the police, and her pastor”.

Dunn learned that his ex-wife rushed a book about witchcraft over to a friend’s house within days of Hailey’s disappearance. “My friend Raymond told me about it”, Dunn said. “He told me Billie Jean brought that book over to Vicky’s and asked her to hide it. She begged Vicky not to tell the police. But I called them the minute I found out about it and they came and got it”.

While the discussion is an emotional one for Dunn, nothing could be worse than the images of Hailey’s last moments that sear through his mind while doing even the most mundane tasks.

“I put my hand on the doorknob the other day to walk out to the garage”, Dunn said. “A few minutes later, I realized I was standing there, trying to put myself in Hailey’s shoes as she was being murdered”.

He’s heard the rumors: she was raped, she was pregnant by Adkins, she was pimped out in the oilfields, sold for a drug debt; his ex-wife killed Hailey because Shawn wanted to have sex with her.

“Nothing – and I mean nothing – compares to the images of Shawn wrapping his hands around her throat and choking the life out of her”.

Although Dunn was told by investigators Hailey ‘most likely’ died from blunt force trauma, he believes Shawn Adkins took the opportunity to strangle Hailey in her last moments.

“I don’t know why it was never put out there in the public, but Shawn and I got into it about a year before Hailey disappeared”, Dunn said. “He tried to come at me with a weapon, and I defended myself. I called the police and told him he was out cold on the ground after I put my hands around his throat and put him to sleep”.

According to Dunn, Adkins woke up on the ground when authorities arrived and located the weapon in Adkins’ vehicle. No charges were ever filed against either man.

“Maybe if they (the police) had done their jobs back then, Hailey would still be alive. “He hadn’t touched Hailey prior to that; she would have told me.
Maybe that fight pushed him over the edge and he decided to get back at me by killing my daughter. I have to live with the knowledge of that”.

Yesterday – on the presumed eighth anniversary of Hailey’s disappearance and death – Dunn ramped up efforts on his daughter’s case. “I want to thank the thousands of people who have reached out in the last 24 hours”, Dunn told VNO. “This case is already back on its way to the national spotlight, and they’re going to have to kill me, too, to shut me up”.

“Nancy Grace covered Hailey’s case for six months, but stopped having us on when she realized Billie Jean was lying”, Dunn continued. ” I talked to her producers yesterday, and they’re picking the case back up immediately”.

Dunn, who has been absent from the public eye for several years, says it’s time to come out of hiding and face his daughter’s killers. “I’ve been diagnosed with Post Traumatic Stress Disorder (PTSD) due to Hailey’s murder”, Dunn said. “But I have to be her voice. I am her voice. I’m her Daddy”.

Dunn is asking the public to share his videos, and to attach the hashtag, #JusticeForHailey2019. “I spent several years watching marketing videos and motivational speeches while hiding in my room”, Dunn said. “I guess it prepared me for this”.

There is a $15,000 reward for information leading directly to the arrest of Hailey Dunn’s killer(s). Anyone with information is asked to call Investigator John McDaniel of the Scurry County, TX, District Attorney’s Office at 325-573-2462, or you may submit a tip online to the Texas Rangers Cold Case Hotline.