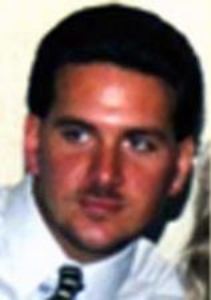 Opinion: after 12 years, tips keep pouring in – and nothing’s being done about it

(The following is an editorial. The opinions discussed are solely those of its author, and do not necessarily reflect those of the family, law enforcement, or any other person, organization or entity).

Another anniversary, another article, and another set of tips.

Another round of reporting them to law enforcement, only for the leads to be ignored.

And yet another year where the Smolinski family fights to be heard, fights to find Billy, and fights to prosecute those responsible for his presumed death.

If you are unfamiliar with the case of missing William “Billy” Smolinski, Jr., feel free to get caught up in one of the sixteen articles our team has written over the past four years. There were a few other pieces when I worked for Missing Persons News, as well as two radio interviews, a video, and one very aggressive petition aimed at overturning one of the most idiotic verdicts to ever hit the missing persons’ arena.

No, seriously. It was ridiculous. This family was sued for hanging missing persons’ flyers on public property because it made a certain someone “uncomfortable”. Whatever.

In the meantime, here’s the meat & potatoes of Billy Smolinski’s case:

Thirty-one-year-old William “Billy” Smolinski, Jr., vanished on August 24, 2004, from Waterbury, Connecticut, just days after a break-up with his then-girlfriend. For more than a decade, his family has been fighting to find out what happened to him, while encountering road blocks, a lawsuit, arrest, and false leads regarding Billy’s whereabouts. A man named Chad Hanson spent two years in jail, after leading police on a series of wild goose chases:  wasting tax-payer dollars, the time and energy of law enforcement, and raising – and dashing – the hopes of a family whose only objective is to find their missing loved one.

As I’ve said before, the case of Billy Smolinski has been wrong from the very start. The advocates know it’s wrong, the searchers know it’s wrong, and the lawyers know it’s wrong. In an August 2014 Newsweek article, Senior Writer Alexander Nazaryan referenced Billy’s case as part of a “silent mass disaster”. If you want an in-depth look at what the families of the missing endure, Nazaryan’s article is a must-read.

So, here we sit – again – holding new leads, new tips, and new information; and no one seems to want it. Well, guess what? Billy Smolinski’s family wants it. I want it. My team wants it. And a host of Billy’s friends, extended family, loved ones, advocates, supporters, volunteers, searchers, and other families of the missing want it. And that’s a lot of people.

So, here we sit – again – with an opportunity to make a real difference in the missing persons’ arena. We, the team of Victims News Online, with the blessing of Billy Smolinski’s family, have launched a new petition on behalf of this case.

This petition is addressed to Connecticut’s Attorney General, George Jepsen, with two specific objectives:  1) please assign a special task force to this case;  2) call for a Federal Grand Jury to hear this case.

According to his website, as the “public’s lawyer”, Jepsen has an obligation to “defend the state’s laws”. And in my opinion – and in the opinion of thousands of others – that is not happening in Waterbury, CT.

It is time for the families of the missing, the advocates, volunteers, searchers, poster partners, reporters, and victims to sign this petition – so that when YOUR case continues to receive tips 12 years later, they are actually investigated.