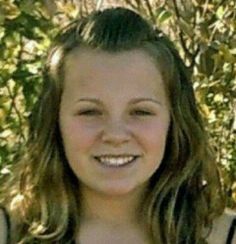 (VNO) — It’s frustrating for the parent of a murdered child to see rumors on social media.

But what if they’re not ‘rumors’?

“At this point, I will take every tip, lead, and rumor out there”, Clint Dunn told Victims News Online. “Just know that I turn everything over to law enforcement”.

Thirteen-year-old Hailey Darlene Dunn was officially reported missing at 3 p.m., on Tuesday, December 28, 2010, from her home in Colorado City, Texas. She was found deceased in March 2013.

Hailey’s father, Clint Dunn, ramped up efforts this week to force an arrest and conviction upon the person(s) responsible for his daughter’s 2010 disappearance and murder.

Yesterday, he spent the bulk of his day responding to phones calls and messages from people who have been pushing rumors online for the past several years. “I will take every phone call – every tip – that could lead to an arrest. No matter how wild the theory is, something will crack this case, and I refuse to ignore a single lead”.

“Right now, there is a small percentage of people who believe Shawn and Bilie Jean weren’t behind this, but that Hailey was taken because of something they did. That’s the one percent I want to talk to — if you’re out there and you think Hailey was killed because of something they did, call me and convince me. We are all working on the same side here”.

Six years ago, a woman came forward while in jail to say she saw a teenage girl at a house in Odessa, TX, being drugged, to pay off a drug debt. “I’ve always wondered if there was truth to that” Dunn said.

In 2012, authorities conducted nearly a dozen interviews about the letter, and claim it has no bearing on the case.

However, police did confirm in affidavits that the prime suspect, Shawn Adkins, and Hailey’s mother, Billie Jean Ostrander-Dunn, made two ATM withdrawls the night Hailey was unaccounted for. “We always thought they used that money to buy drugs”, Dunn said. “What if they used it out to pay someone off, trying to get her back”?

“Eight years later, my son David still hasn’t talked to police”, Dunn continued. “If David is scared – if his life was threatened – son, you need to call me and tell me everything. There are ways to protect you. I will lay down my life to protect you, David”.

“When Sonja Callahan wrote that letter from jail claiming Hailey was being held at a house in Odessa for a drug debt, the police investigated it. I believe she received more jail time for writing that letter, but she refused to back down on her story. “To this day, she continues to say Hailey was at that house. What if she was”?

“The searchers scoured Lake J.B. Thomas for two years”, Dunn continued. “There has always been a concern that Hailey was moved, and she was found in 2013 because she wasn’t at the lake in 2011 or 2012. I also know the man who found her was a prison guard, and he may have overheard something that led him to that spot. It’s time I talk to him”.

“The point is, everything leads back to Shawn and Billie Jean. Everything. If we put them in prison, they will roll to avoid the needle. If they are in fear of a drug dealer, step up and own it. The only way to salvation and to save yourselves is to come forward. Maybe there will be mercy upon you”.

While Dunn is open to hearing every possible lead, he is firm in his resolve that the case centers around his ex-wife and her former boyfriend for several reasons. “Their actions in those two days that Hailey was missing before any of us found out speak volumes”, Dunn said. “I know they are involved, and they have the answers”.

“Shawn told the police he was fired that morning. He wasn’t. He walked in, looked around, bought a soda pop, and left”, Dunn said. “Early on, we thought he was looking at open wells to find a place to put Hailey’s body. Then, we heard he wanted to rush his coveralls to work to hide them in the laundry. But I’m telling you. When I walked into that house, Billie Jean had more soap than any person could ever use going in that washing machine. The house reeked of laundry soap. I asked her about it, and she wouldn’t tell me why”.

Dunn has spent countless hours talking to police about his daughter’s case. “At one point, there were nine different jurisdictions involved, from the local LEO’s to the Texas Rangers to the FBI. I have repeated myself a thousand times to make sure they all know whatever piece of information I know. Nothing is off the table”.

“I followed leads in Odessa”, Dunn said. “So what if those sightings were valid”? We don’t know until there’s an arrest. But I’m firm that all points lead back to Shawn and Billie Jean”.

“We all have the same end goal here: to find Hailey’s killers. A family friend called this week and said Billie Jean called her Mom a few years ago, and wanted to get something ‘off her chest’. That tip was called in to the Texas Rangers. I want to know if they talked to Connie about it. Billie Jean may have already confessed. It’s not the first time I’ve heard that she has confessed to Hailey’s murder. If my ex-mother-in-law knows something, it’s time to speak up. It’s not about trading Hailey’s life for Billie Jean’s freedom. It’s about holding the person(s) responsible who killed Hailey”.

“Put them away, and watch them squeal”, Dunn continued. The first one to talk is the first one to walk. Threaten them with a needle, and someone will roll. If you think I’m enjoying this, you’re wrong. This is the most grueling thing I’ve ever done, next to searching for my 13-year-old in dumpsters with my three-month-old strapped to my chest”.

There is a $15,000 reward for information leading directly to the arrest of Hailey Dunn’s killer(s). Anyone with information is asked to call Investigator John McDaniel of the Scurry County, TX, District Attorney’s Office at 325-573-2462, or you may submit a tip online to the Texas Rangers Cold Case Hotline. #JusticeForHailey2019.