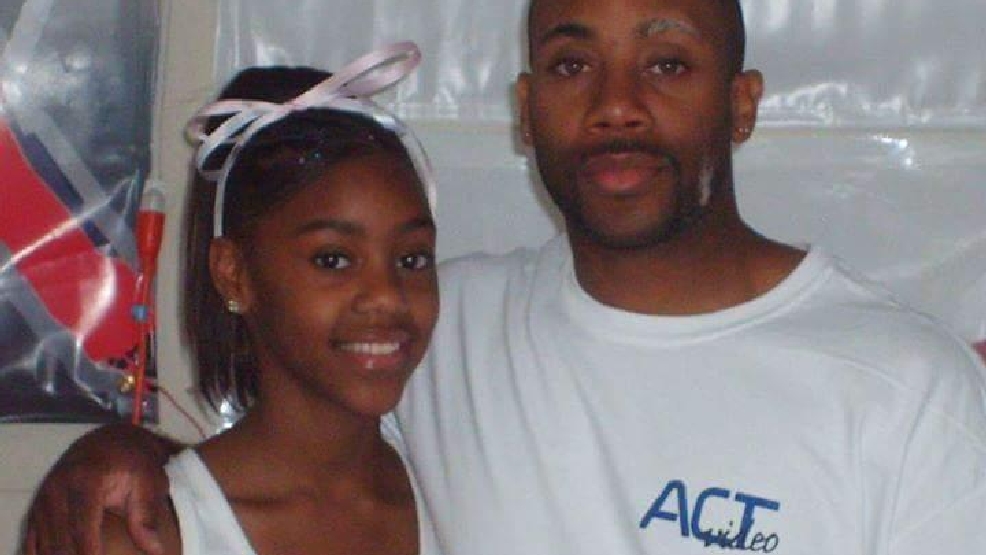 Editor’s note: This article was originally printed in November 2017. Due to a technical error, the article was lost and is being re-published.

(VNO) — Kalvon Hawkins could have cared less about celebrating his birthday this year. He didn’t want cards, presents, or even a cake.

The only thing Kalvon Hawkins wanted for his birthday this year was a ‘guilty’ verdict – and he finally got it.

Hawkins’ nightmare began on July 24, 2011, when his 17-year-old daughter, NeKeisha Hodges-Hawkins was gunned down publicly at an outdoor birthday party in Michigan City, Indiana. It was four days before her 18th birthday. Although there were nearly 150 witnesses present at the time Keisha was killed, many parents advised their teenagers not to speak with police that evening or in the days following the shooting.

“When I received the phone call from my wife, I hung the phone up because I didn’t believe her – because she (Keisha) had just left the house and was dead like 15 minutes later”, Hawkins told VNO. “She called back and said it again (and I hung up again) and just sat down on the couch like ‘this can’t be real'”.

What followed was a six-year battle for justice – #JusticeForKeisha – that ultimately pushed one father to take his daughter’s story to the Internet, in an effort to put her killer away and bring answers to his family and community. And he did it all by using what we at VNO now refer to as “The One-Two Punch” — articles from our team married with the”Facebook Live” video tool.

Kalvon heard rumors about who pulled the trigger that night at Krueger Memorial Park.

“My brother drove me to Memorial Park” Hawkins told VNO. “And when I got out the car and as I was walking up the hill, the kids were running up to me, telling me who did it. There were 100 to 150 witnesses to the murder and not one person would tell the police what they told me when they were interviewed. The parents of the kids told them to stay out of it don’t say anything”.

Kalvon scoured social media for information. He looked at people’s pages and profiles, followed comments. He went to the police station constantly, to ask for help and updates on Keisha’s case.

The investigation went on until like Feb of 2013,” Hawkins said. “The police played games with me, wouldn’t return phone calls, wouldn’t talk to me, would just let me sit and sit until Dect. Barr would go off shift”.

And, like most parents of a murdered child, when police ignored him and the case seemed to go ‘cold’, Kalvon Hawkins fell into a deep depression.

“From 2013 to Nov. 2016 I feel into a deep depression: couldn’t work, get out of bed, sleep, interact with my family. I stayed in my room for years”. Then, last year, Kalvon finally found what he was looking for: a Facebook thread about his daughter’s murder.

“In November 2016, in my room, in my bed – where I’d been for years – my Facebook was tagged with people talking about the murder”, Hawkins told VNO. “I had to read it maybe two or three times for it to register in my head. I got up and took the information to the police station and presented it to them and was told there wasn’t anything they could do – and they asked me to leave”.

In November 2016, Hawkins made his first ‘Facebook Live’ video, which generated more than 79,000 views worldwide.

“You can’t hurt a hurt man”, Hawkins said in his first video. “I’m not going to stop doing what I’m doing. Give me my justice, and get this to go viral. Help me”!

That’s when we teamed up with Kalvon to bring Keisha justice. VNO published a series of articles over the next five weeks – in conjunction with his videos — to help Kalvon apply the online pressure needed to get the public to take action. And suddenly, after six long years, Kalvon Hawkins finally got the attention of the community, the media, and police.

A local church (High Praise Outreach Ministries) got involved, hosting a community rally to offer witnesses a safe place to come forward. The Chief of Police even showed up, after ignoring Kalvon’s meeting requests for years. He stood up, reassured the community Keisha’s case had always been ‘active’, and even claimed to have protective measures in place for any witnesses who wanted to come forward.

But, just like Kalvon believed his daughter’s case was ‘inactive’ (not being actively worked), he also learned there was nothing in place to protect those witnesses. He felt it was another PR stunt by the local police, and didn’t buy it. Instead, he kept pushing out the videos, calling out the PD daily for their lack of action on Keisha’s case. He chastised them for reportedly pulling him over and following him around town, instead of being focused on finding the man who shot and killed his daughter.

He started a GoFundMe account with the goal of raising $5,000 for a reward. In a community plagued by drug use and high unemployment, Hawkins knew that $5,000 would get someone to talk.

When he reached his $5K goal, Kalvon Hawkins went ‘live’ again, offering that money up as a bounty or a retainer for the killer’s attorney:

“The best thing you should do, man, is to turn yourself in”.

“Use that money to put it on your books or to get yourself an attorney”, Hawkins continued. “Do the right thing and turn yourself in”.

Five weeks after his first ‘Facebook Live’ video, a man by the name of Charles Gerron was arrested for the 2011 shooting death of NeKeisha Hodges-Hawkins.

But that wasn’t the end of the battle. It was just another chapter in the saga of #JusticeForKeisha, as witnesses began claiming intimidation and the Prosecuting Attorney considered a plea deal for Gerron. Kalvon Hawkins went ballistic when the plea deal being presented offered as little as 3o to 45 days in prison, and went back to Facebook Live and VNO to ask the community for help.

And help, they did. The Michigan City community rallied around Kalvon Hawkins and made their voices heard. They swarmed the Prosecuting Attorney’s Office with e-mails and phone calls and protested in front of City Hall and the Police Department, to let the powers-that-be know the sentence recommendation was unacceptable.

Kalvon kept making waves, and that sentence recommendation was ultimately rejected by the presiding judge, with Charles Gerron headed to trial.

The following month, on October 31, 2017, 22-year-old Charles Gerron was sentenced to 50 years in prison for the death of NeKeisha Hodges-Hawkins, bringing closure to the case that tortured her father for more than six years. Those in the courtroom told VNO that Gerron showed ‘no remorse’ at the time of sentencing, which was, reportedly, part of the reason for length of sentence ordered.

Just hours after the verdict, Kalvon Hawkins posted the following message to his friends and family on Facebook:

“You can rest now baby girl. You got a strong father with a heart of a lion who never gave up on you”.

Now, without even realizing it, Kalvon Hawkins has become an example for all loved ones of missing/murdered persons. His videos have created a template for all families to work from when their cases are stalled with law enforcement.

VNO spoke with Hawkins, who agreed to let us tell his story, in order to teach other families how to get justice.

I FOUGHT until I got an arrest, and conviction” Hawkins told VNO.” If I didn’t fight for my daughter, my only daughter then I would’ve been less than a man, a man that deserved to have her in my life for almost 18yrs”.

Whether he planned it or not, Kalvon Hawkins has become an inspiration – and an example – to all families in his position. We asked Kalvon to give others what he feels is the most important advice in the battle for justice, so other families may utilize his success as a template to get justice for their own loved ones:

The advice I have is to NEVER GIVE UP”, Hawkins told VNO. “Take that out of your vocabulary”.

“If you take the step to get up and do something, you cannot have an ounce of fear”, Hawkins continued. “Because if you do, you’ve already lost the battle. There will be a lot of obstacles – you have to jump over them and push through – know there will be a finish tine, you just have to find it.