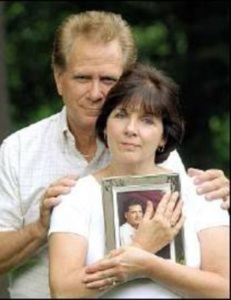 (VNO) — The Connecticut State Supreme Court will hear arguments today appealing a 2012 lower court’s decision that, if allowed to stand, could have serious long-term ramifications for every loved one of a missing person.

The appeal in question is regarding a ruling issued by a local judge in Woodbridge, CT, in August 2012, siding with the former girlfriend of a missing man. The woman successfully sued his family for hanging “missing” flyers in search of answers regarding his disappearance.

William “Billy” Smolinski, Jr., vanished in August 2004. For nearly 11 years, his family has fought for answers related to his disappearance; for nearly half that time, they have also been in and out of court with their son’s former girlfriend, battling for the right to hang flyers on public land, in an effort to generate tips and leads.

The fliers in question are known as “missing persons’” flyers. They’re designed by the families, friends and advocates of a missing person, and distributed electronically via e-mail, Facebook, Twitter, Smartphones, and on highway billboards. In the United States alone, more than 10,000,000 paper flyers are distributed or hung each year.

As a result of distributing the posters, the Smolinskis have spent the last four years trying to overturn a verdict rendered in August 2012, awarding more than $50,000 in damages to Billy’s former girlfriend, Madeleine Gleason.

Gleason successfully sued her former boyfriend’s  mother and sister for defamation and harassment, stemming from the location(s) of those “missing” flyers. Gleason, a bus driver, claims she suffered “extreme emotional distress”, defamation of character, and harassment, as a result of Billy Smolinski’s missing person’s fliers being hung on telephone poles along the bus route she drives daily in Woodbridge, CT, 18 miles southeast of where he was last seen. Gleason’s employer also initially filed a joint complaint seeking monetary damages against the Smolinskis, claiming the flyers were affecting his company’s business; however, the bus company dropped their portion of the suit prior to the hearing.

After the judgement, the Smolinskis appealed, with the help of their attorneys, Steven Kelly and Anne McKenna of the Maryland law firm SilverMcKenna. The two have traveled to Connecticut multiple times since the verdict to present their arguments against this ruling.

Lead attorney Steven Kelly understands the family’s situation more than most. His 28-year-old sister disappeared in 1988; and he — like many other families — distributed the very flyers in question to generate leads for his own sister’s case. In a November 2013 interview, Steven McKenna told Victims News online that, “The trial court’s verdict in the Smolinski case threatens to undermine crime victims’ fundamental right to seek justice”.

The case represents a disturbing national trend in which criminal defense attorneys are advising criminal suspects to use tort law to bully crime victims into silence”, he continued  That trend cannot be permitted to stand.”

Stay with Victims News Online for updates on today’s appeal. Full coverage of the Billy Smolinski disappearance may be found here.