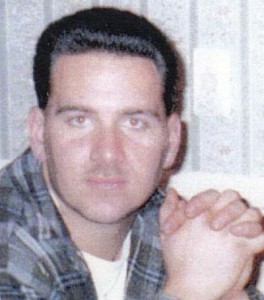 Opinion: Eleven years – it is time for Billy Smolinski to be found

(The following is an editorial. The opinions discussed are solely those of its author, and do not necessarily reflect those of the family, law enforcement, or any other person, organization or entity).

(VNO) — August 24th. Since 2004, this date has been a heartbreaking reminder to the family of missing William “Billy” Smolinski that another year has passed, without answers. It is another year without closure; another year of waiting, hoping, and praying that just one person will have the human decency to come forward and tell them where he can be found.

For the family of any missing person, one day is a blur; one month is filled with panic and desperation; and one year feels like a decade.

Eleven years is incomprehensible: especially, when those 11 years are compounded by cat-and-mouse games, ‘missing fliers’ being vandalized and torn down, an arrest for hanging said fliers, a frivolous civil suit, multiple court hearings, and appeals that still have not been decided. All of these detours, in my opinion, have been carefully planned — in order to distract the family of Billy Smolinski — to keep them from finding him. I also believe this series of events has been designed to wear down the Smolinski family, in the hopes they will give up and stop looking for him.

Why? Because finding Billy means someone could, potentially, spend the rest of his (or her) life in prison. And, in my opinion, that list of “someone(s)” could be surprisingly long, when the truth finally comes to light.

It’s time to get real here, and those responsible for the disappearance (and murder) of Billy Smolinski are not going to like what I have to say.

The past 11 years have been pure torture for Billy Smolinski’s family and loved ones. Those who know his story are infuriated, due to the inept investigation procedures and lack of compassion displayed by several members of law enforcement. The missing persons’ community has rallied around this family, because they not only deserve the support, but because what is happening in Connecticut affects — and will continue to affect — anyone with a missing loved one.

If you are not familiar with the events surrounding the last 11 years, a full archive of articles related to Billy’s disappearance may be found here.

Thirty-one-year-old William “Billy” Smolinski, Jr., vanished on August 24, 2004, from Waterbury, Connecticut, just days after a break-up with his then-girlfriend, Madeleine Gleason. For more than a decade, his family has been fighting to find out what happened to him, while encountering road blocks, a lawsuit, arrest, and false leads regarding Billy’s whereabouts. Currently, a man by the name of Chad Hanson sits in jail, after leading police on a series of wild goose chases:  wasting tax-payer dollars, the time and energy of law enforcement, and raising – and dashing – the hopes of a family whose only objective is to find their missing loved one.

I first encountered the Smolinski case as an on-air co-host of a radio show (in Seattle, Washington) dedicated to missing persons, four years ago. Our guest that day was Jan Smolinski, Billy’s mother. Prior to the show, I conducted my routine research, which (at the time) included a series of articles regarding Billy’s disappearance. Most of the coverage – at that time – was the standard, “who, what, when, where, why, and how.’ It wasn’t until Jan joined me on the show that I began to fully understand the depth of this case, the injustice that has occurred, and the absolute botched investigation by law enforcement officials tasked with finding this missing man.

Yes, I said it. They botched it. From the very moment Billy Smolinski’s family attempted to report him missing, they were turned away and told to wait 72 hours, to see if he returned home. The family was given that direction based on a statement made to police by Billy Smolinski’s neighbor — a man who claims Billy told him he was going “up north” for a few days to look at car parts, and allegedly asked him to care for his dog, Harlie.

Here’s the problem with that scenario:  according to Billy’s close friend (and former girlfriend), MaryEllen Noble, Billy would have never left his dog, Harlie, in the care of anyone else but her. The two had dated for many years, and adopted Harlie together. There was an understanding between the two that – if one was unavailable to take care of him – the other would do so.

It may seem insignificant to focus on a pet as a primary reason for not believing the story provided to police by the neighbor. However, that isn’t the only reason I question the validity of that information.

Billy Smolinski, according to his neighbor, left town to go “up north” (with no specific town or city mentioned) hunting for car parts, without notifying a single family member, friend, or his boss. Billy, a man known for showing up to work daily, never returned to his job. Billy, a man known for keeping in constant contact with his loved ones, never bothered to pick up the phone and alert anyone that he was — allegedly — leaving town for a few days. Billy, who had plans with MaryEllen that following weekend, never called to follow-up — or to cancel. And Billy, who reportedly left in his own vehicle, was never seen again — while his truck mysteriously reappeared in his driveway, a few days after his disappearance, parked in a spot his friends and family insist Billy never left it.

Tucked deep inside the front seat of that truck were Billy Smolinski’s wallet and keys. Yet, the man who was reportedly driving “up north” in search of car parts suddenly had no means of transportation, and no cash or credit cards in his possession to purchase those alleged car parts.

Additionally, MaryEllen Noble, Billy’s close friend and former long-time girlfriend, told Victims News Online that Billy specifically advised her – not long before his disappearance – that he never wanted that particular neighbor inside his home, or to ever be in charge of their dog, Harlie.

There comes a time when an advocate-journalist has to call “bullshit”, when things don’t add up; unfortunately, for those involved in the disappearance (and murder) of Billy Smolinski, today is that day.

The week prior to his disappearance, Billy Smolinski and Madeleine Gleason went on vacation to Florida, and stayed at the home of Madeleine’s son, Tom Karpiuk. During that week, the two reportedly engaged in a series of arguments related to Billy’s suspicions that Madeleine was having an affair with a married town councilman by the name of Chris Sorenson. Although police reports show conflicting statements by Madeleine to investigators, the affair between Gleason and Sorenson was confirmed shortly after Billy Smolinski’s disappearance.

Within days of returning home from that vacation, on August 24, 2004, Billy Smolinski picked up the phone, and made a series of calls to Chris Sorenson, the married politician with whom his girlfriend was involved. The messages left for Sorenson included statements such as, “You had better watch your back.” Within hours of making those calls, Billy Smolinski vanished.

Another coincidence, perhaps?  In this case, the coincidences seem to be stacking up.

We’ll get back to Chad Hanson in a minute.

Gleason’s other son, Thomas, is also deceased. Shaun’s brother, Tom Karpiuk, died under “mysterious circumstances” in the Long Island Sound, Sag Harbor, New York, four years after Billy Smolinski’s disappearance. Tom, as you will remember, is the son whose home Billy and Madeleine visited on vacation — one week before Billy’s disappearance — when the arguments began about her suspected affair with Chris Sorenson.

As a journalist, I look for patterns, as they often tell a story of their own, and include indisputable facts. In the case of missing Billy Smolinski, it is an indisputable fact that a pattern exists: and that pattern is that several men in this case have ended up dead.

A debate continues as to whether or not Madeleine Gleason has ever officially been named as a “suspect” in Billy Smolinski’s disappearance. Fortunately, I have copies of the police reports; and in one of those reports, Gleason was, in fact, referred to as a “suspect.” One reporter has already been hit with a lawsuit for covering this case, after reporting indisputable facts, and that case was dismissed when it was determined that reporter had a First Amendment Right to report factual information.

To be honest, I don’t think Madeleine Gleason is responsible for the disappearance (and murder) of Billy Smolinski. But I do question her behavior over the past 11 years. From tearing down Billy’s ‘missing’ fliers (that is on video and aired on local television), to refusing a polygraph test, and then suing her missing boyfriend’s family for “harassment” for posting fliers, I have to ask the question(s) again:

Why wasn’t Madeleine Gleason helping Billy’s family look for him?  Why wasn’t she helping them, instead of hindering?  Why did she tear down the fliers?  Why did sue the family of the man she was dating, all because the family distributed missing persons’ fliers?

Again, it is the series of patterns that catches my attention in this case, and the unusual behavior of a woman who was romantically involved with this man, until their break-up just days before he vanished.

Now, let’s get back to Chad Hanson. Chad, as you will remember, was the best friend of Madeleine’s son, Shaun, who was a suspect in Billy’s disappearance. His behavior is most disturbing to me in this case, as outlined below.

When someone loses his best friend, what is the normal reaction? Anger?  Guilt? Grief? Depression?  Not in Chad Hanson’s case. Chad Hanson, after the death of his best friend, ran to the police, and began telling them multiple versions of how Billy Smolinski reportedly died, and how he helped Shaun Karpiuk – his now-deceased best friend – bury Billy Smolinski’s body. As a result of those multiple confessions, law enforcement spent hundreds of thousands of dollars digging up various locations — all of which Chad Hanson claims were the places where Billy Smolinski was buried.

What in the world did Chad Hanson have to gain from doing that? I’ll tell you what I think he had to gain: his life. Three men are already dead, and there is much more to this story than what is currently known. In my opinion, more than one person was, most likely, involved in the disappearance – and murder – of Billy Smolinski.

It is my understanding that Chad Hanson may have access to the Internet from jail, so I want to address him personally. While some of this information may not make sense to the general public, it will resonate with Chad Hanson, and he will understand just how much research has been done on this case. If, for some reason, he does not have Internet access at this time, I would highly suggest someone in his life deliver a copy of this message to him for review:

In every murder, mistakes are made. You have, for some unknown reason, put yourself square in the middle of this investigation. You have made yourself a person of interest by admitting to knowledge of Billy Smolinski’s murder, and claimed to help Shaun bury his body.

Why you did that, I will never understand. But after four years of intense research on this case, here are a few things I do understand:

There is a $60,000 reward being offered for the whereabouts of Billy Smolinski. The tip line number is (203) 530-9135. To anyone with information, I encourage you to take it. Run across the state line and call the tip line from a pay phone or untraceable cell. Tell Billy Smolinski’s family where he is, and the money is yours. It’s that simple.

Full coverage of the Billy Smolinski case may be found here.